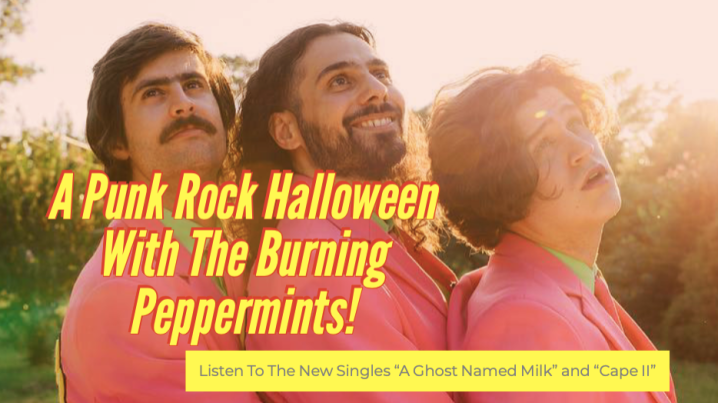 The candy-coloured psychedelic punk rock band are back with new singles just in time for the Halloween season!

Jake, Ryan and Ahmad are giving their fans the best Halloween treat of all, without a trick they have just dropped TWO gritty spooky singles that go by the names of “A Ghost Named Milk” and “Cape II“. I was told by the band that these are singles off their forthcoming album “A Ghost Named Milk” set to drop later this year. “A Ghost Name Milk”  is said to be inspired by a thrilling tale of a Halloween murder, and Cape II is the scary story of how the prey becomes the predator.

With the power of Jake’s distorted-psychedelic heavy riffs that are carried with Ahmad melodic grooves, both songs give you a garage-rock dream that you can’t help but bop your head to, actually much like all their songs that I am completely obsessed with. Ryan’s vocals carry the early white-stripe influence punk rock tones to a groovy balance that blow you out of this world.

Back in May, The Burning Peppermints released their sophomore album Glittervomit, which is when I first got to know the proud Birmingham, Alabama band! read my review here and click here to stream the kick-ass album. The band told me there is no set release date for their upcoming record “A Ghost Named Milk“, they explained that it will just be dropped when it’s finished. However, they did say that it will be before the year ends and it will be through their own label “Big Loud Records”.  I am highly looking forward to that because Glittervomit was played frequently in my house in the summer!

The Burning Peppermints are most well-known for their exciting eccentric live performances, so be sure to catch the boys on the road if you can!

Until next time interwebs🕸 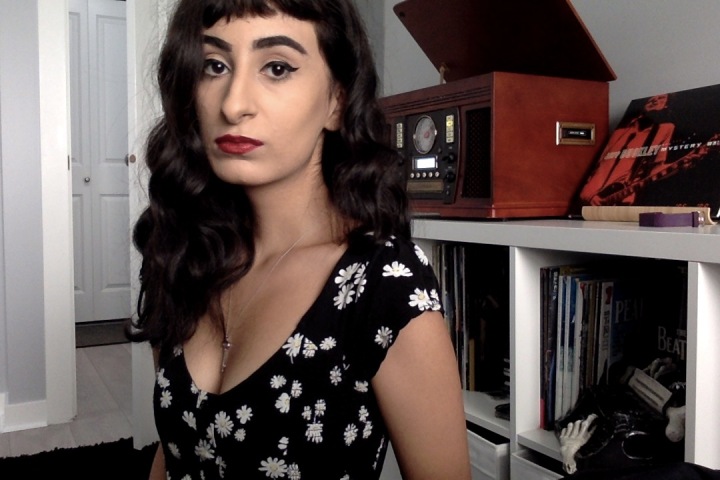 By donating $4.00CAD will allow me to keep writing and supporting myself — paypal will take a fee of 0.50$ so feel free to donate to me directly blueveinblues@gmail.com